Senior Makes Klein History by Qualifying for Tournament of Champions 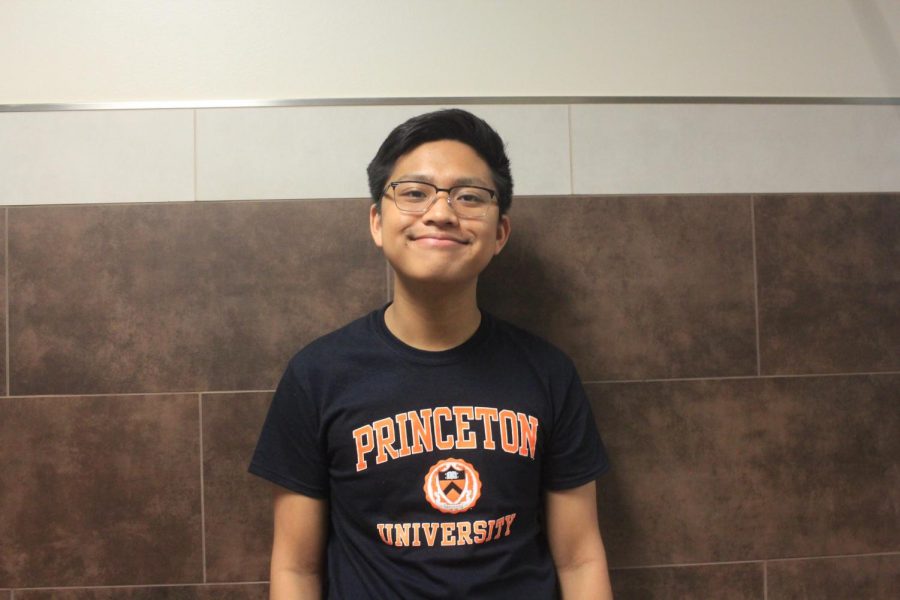 A senior named Daniel Guinto recently qualified for the Tournament of Champions in Congressional Debate, making history as the first Klein student to do so.

“Qualifying to the Tournament of Champions, in the first place, is one of the hardest things to do, in my opinion,” Guinto said.  “As a fourth-year member it is expected for the upper varsity people to be able to do so, but it’s kind of hard in Texas because we have a very, very competitive debate circuit. In order to go to the Tournament of Champions, you have to get these specific bids, specifically in an event, two if it’s a debating event, one if it’s a speech event.”

Guinto is one of the few students in this program who travels the nation to debate.

“Qualifying is pretty hard, not only because of the level of competitiveness, but there are other people like myself and some teammates who travel the nation. I went to Harvard, NSU University School, University of Florida; all these schools across the nation to collect bids.  I’ve been pretty successful at it.”

Guinto said he thinks that the Tournament of Champions has much higher stakes than a typical debate.

“The tournament itself is really known for the rigor because at local tournaments you’re really just going against your Houston, Texas neighbors, but when you go to Tournament of Champions, everyone takes it up a notch.  The research is higher, the argumentation is higher, the logic is higher, and you have all these other factors determining who is the true champion verses everyone else who is just a regular person and that is what makes the Tournament of Champions stand out.”

Guinto has had lots of experience in the debate field.

“In high school debate, [I’ve participated] all four years. I’ve been in debate since 6th grade.”

Guinto explains that his mom is the one that prompted him to get involved in debate.

“The only reason I joined is because my mom was like, ‘you talk pretty fast, you could win an argument.’ And yet to this day I haven’t won an argument against her.”

Although Guinto has been very successful in debate, he does not plan to have a career in it.

“Honestly, debate for me is more of a hobby, I never really intended to do law one day…  I want to do medicine in life.”

He said he plans to use the skills that he has obtained from his many years of debate to be successful in the career of his choice.

“Debate might not be the biggest impact, helping me do medical research and surgery, but it’s taught me that even if you are given a basic concept you have to go further to truly understand what you are learning and how to apply it to everyday scenarios.”