The Buzzer Goes off on Bearkats Season 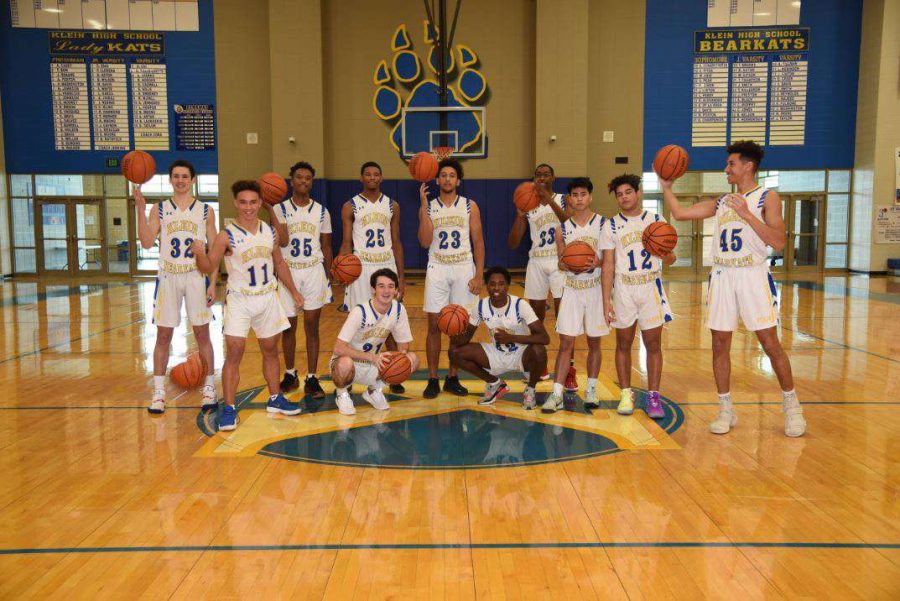 Since the start of the season in November the Bearkats boys basketball team has been an underdog having only one varsity returner.

Finishing the regular season with an outstanding record of 20-12 and a third place spot in the district, secured them a spot in the playoffs.

Although the Bearkats fought hard, they fell short to the Spring Lions in an early first round exit.

Even though the Bearkats season slipped away all in one night, they still accomplished a lot with a team with only one varsity returner.

“I feel very accomplished on making the playoffs my first year on varsity, as a sophomore. This is rare not many can say they have [done] it,” sophomore Thirhery Smiley said.

The season was full of ups and downs during the earlier part of the district play, but the Bearkats just kept pushing through.

“They [the coaches] were pushing us hard and preaching team work to us to get through the rough patches,” Smiley said.

This year’s team was very unique having four sophomores on the team, which had such a big impact on the team.

“It was a great experience [having young players] being able to take a big leadership role leading a young inexperienced group, which prepared me for the next level,” senior captain Aaron Davis said.

Throughout the season the Bearkats just got better and better at playing as a team and playing hard.

“Even though sometimes we were inconsistent we managed to win games,” senior captain Johnny Green said.

Although this is the end of the road for the Bearkats season, it’s a beginning to some life long friendships.

“I’m gonna miss playing for Klein and with my teammates from this year,” Davis said

For the seniors this was their last time suiting up as a Bearkat.

“It feels good to pass the torch, knowing next year I can come back and see the growth of my young teammates,” Green said.