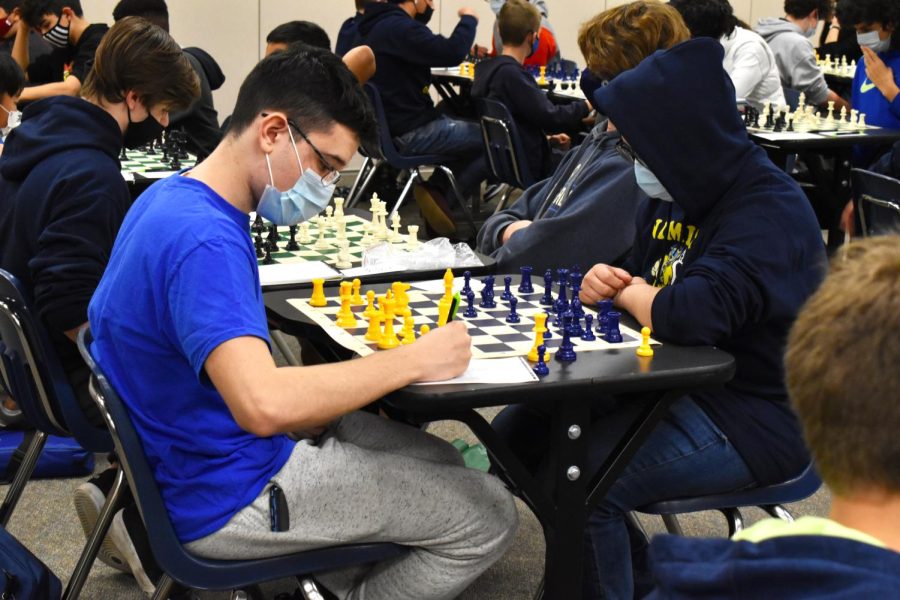 Klein chess club members use sharp focus to compete for the top spot at their competition.

Showing off their strategic expertise, students in the Chess Club competed at their annual chess tournament on Saturday, Jan. 29 at Klein.

He expresses that his job as secretary was to make sure that people would be enthusiastic about this club.

“I wanted to be an officer because I had a deep appreciation for chess and was given a great responsibility to help spread the message of our club’s goodness,” Fedorink said.

He also volunteers to help beginners in chess and keeps the weekly meetings full of friendship and chatter.

“There’s always a friendly air to the game. It’s not just silent as people think about what their next move will be,” Fedorink said.

Despite the liveliness of the weekly meetings, when tournaments come around, a quiet atmosphere is key.

“This specific day, the atmosphere was quiet, but the air of competition remained. While our meetings may be talkative, at our competitions, we must remain focused and have a vision that isn’t just tunnel vision,” Fedorink said.

Focus like this paid off for freshman Hamza Usman, who placed 2nd overall in the competition.

“I had won 4 out of my 5 games played. They were initially nerve wracking, but focusing just on my own moves and the next person’s moves helped me stay collected,” Usman said.

Even though there are trials and tribulations of the games, they pay off in helping students become better players in the end.

“Even a lost game of chess can help you become a better player. You realize that the moves you made were wrong, and the progression of your moves changes your path in the future,” Fedorink said.