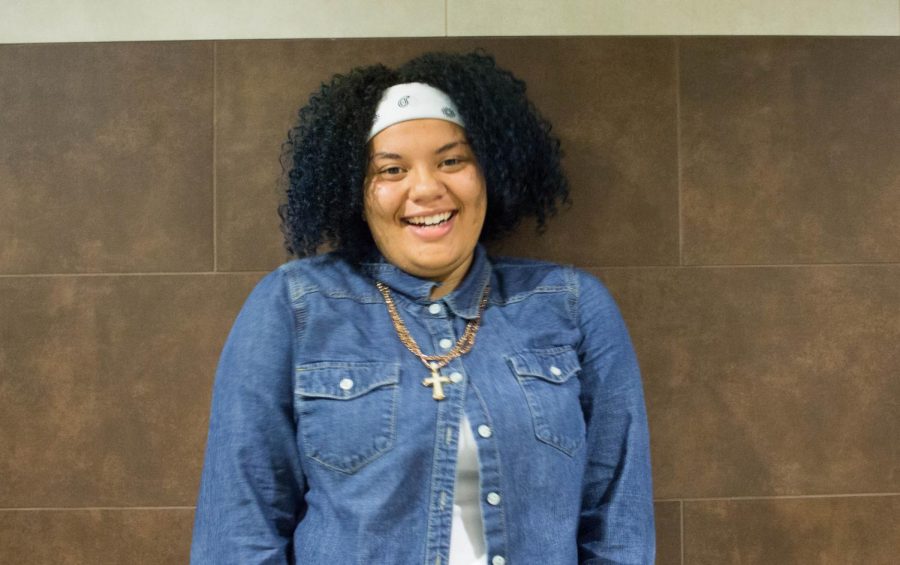 Encouraging Student Demonstates Leadership Inside and Outside of the Classroom.

Courageous junior, Jocelyn Watkins, has been highly recognized for the empathy and gratitude that she treats her classmates with. She puts other people’s feelings first when deciding how to go about her day, not only is this empathy, a Klein 5 core value, but it’s a value that makes her highly respected among her peers and always puts a smile on her classmates and teachers.

“It’s really just about making sure people are okay, even though I might not be having the best day at least I can make somebody else’s day better,” junior Jocelyn Watkins said.

Watkins was nominated for the Student Spotlight by History teacher Kelli White, who said she believes that Watkins sets a great example in the classroom, and always lives up to her full potential.

“She is a leader in the classroom every day. She encourages other students and always tries her best,” White said.

Watkins aspires to help people overcome physical injuries and disabilities for a living, after she spends a few years in the navy and acquires certain benefits for her future.

“I plan on joining the navy and [then] becoming a physical therapist, but if that falls through then I just want to work in the medical field so I can help people,” Watkins said.

Growing up, she didn’t always have the easiest childhood. She was often treated very poorly by others, which has strongly influenced and shaped her into the caring and generous person that she is now.

“When I was little I used to get bullied a lot and I didn’t really like the mistreatment [that was going on] so I decided to just let everybody in. Even if you are different, I wouldn’t judge someone for that, I try to help people to the best of their ability,” Watkins said.

Throughout the school year, she has pushed herself to the best of her ability, and kept a humble attitude through it all.

“Sometimes it’s hard for me to see what other people see because I’m really hard on myself,” Watkins said.

Outside of school she has taken a major interest into poetry and is putting forth efforts to eventually get her poems published.

“I like to write poetry. I’m really into it, and I plan on starting my website soon and getting some poems posted on it or going to a poetry slam,” Watkins said.

Overall, Watkins is an honorable student who demonstrates the Klein 5 core values, and lends her time, honesty, and advice to those who need it.

“It’s about helping people whenever they are down, if they need somebody to talk to I am very offering. I’ll give up my time to talk to you and make sure you’re okay,” Watkins said.

The Bearchat • Copyright 2022 • FLEX WordPress Theme by SNO • Log in